When I started the ‘Books of the Month’ board last year, I had one aim: to encourage more SHS pupils to read.  Naturally, a healthy reading habit is the key to success, not only in English, but in all subjects. More than that, however, I want our young people to be inspired by books, to experience other worlds and other cultures, and enjoy the magic of disappearing into another life for a few hours.

And yet despite this, students regularly tell me that they don’t enjoy reading.  A quick survey of my S1 and S2 classes showed that many found reading boring – mainly because they couldn’t find a book they were interested in.  They didn’t know where to start to look for book and found the vast range in the library or bookshops daunting.

I therefore decided that I would advertise two books per month in the English corridor: one suitable for the junior school and one recommended for S4 and above.  Students can see the front cover and read the blurb of the book.  So far a number of genres have been recommended, from war to science fiction to dystopia to thriller to romance.  I try to choose books that appeal to both sexes and that are fairly new releases, although we have had some classics too. And as this is the first time my books are being featured on the Scrapbook, I’m going to do a double bill!

This month I have recommended ‘Maresi’ by Maria Turtshaninoff for S1 to S3.  Tapping in to the current appetite for dystopian worlds in Young Adult fiction, the story is set on an island inhabited solely by women.  It is a tale of sisterhood, survival and fighting against the odds and has a real fairy tale feel to it which I really enjoyed.  It is quite dark in places which I think always appeals to teenagers and the final conflict is very exciting – I couldn’t put it down!

“Maresi came to the Red Abbey when she was thirteen, in the Hunger Winter. Before then, she had only heard rumours of its existence in secret folk tales. In a world where girls aren’t allowed to learn or do as they please, an island inhabited solely by women sounded like a fantasy. But now Maresi is here, and she knows it is real. She is safe.

Then one day Jai tangled fair hair, clothes stiff with dirt, scars on her back arrives on a ship. She has fled to the island to escape terrible danger and unimaginable cruelty. And the men who hurt her will stop at nothing to find her.

Now the women and girls of the Red Abbey must use all their powers and ancient knowledge to combat the forces that wish to destroy them. And Maresi, haunted by her own nightmares, must confront her very deepest, darkest fears.”

The second book I have recommended for the junior school, is ‘Anna and the Swallow Man’ by Gavriel Savit.  I read a review of this book in The Sunday Times and knew instantly that it was something a lot of our pupils would like, since several year groups have been studying the literature of the Holocaust.  After reading, I wasn’t disappointed!  Told from the perspective of a 7 year old, the narrator has echoes of Bruno from ‘The Boy in the Striped Pyjamas’ – neither narrator fully understands the horrors going on around them.  I think it will become a classic.

“Krakow, 1939, is no place to grow up. There are a million marching soldiers and a thousand barking dogs. And Anna Lania is just seven years old when the Germans take her father and suddenly, she’s alone.

Then she meets the Swallow Man. He is a mystery, strange and tall. And like Anna’s missing father, he has a gift for languages: Polish, Russian, German, Yiddish, even Bird. When he summons a bright, beautiful swallow down to his hand to stop her from crying, Anna is entranced.

Over the course of their travels together, Anna and the Swallow Man will dodge bombs, tame soldiers, and even, despite their better judgement, make a friend. But in a world gone mad, everything can prove dangerous…”

For senior students, I have recommended ‘Flesh and Blood’ by Simon Cheshire.  When I was a teenager, I devoured the gruesome stories in the Point Horror series and was disappointed to see that there were no longer any new releases from them.  This book comes from a new Young Adult horror series called Red Eye which has given Point Horror a contemporary makeover.  ‘Flesh and Blood’ is incredibly gruesome and not for those with weak stomachs!    It features all of the clichéd horror plot ingredients – the inquisitive new boy in town, the creepy neighbours, the mysterious screams at night.  The tension is ramped up quickly and the story’s unsettling and gory descriptions are hard to forget.

“I must record the facts that have led me to where I am now. So that, when someone reads this, they understand. Sam Hunter’s neighbours are pillars of the community, the most influential people in town. But they’re liars too. The Greenhills are hiding something and Sam’s determined to find out what it is. As his investigation unfolds, he realizes the lies reach further than he ever imagined – is there anyone he can trust? Uncovering the horror is one thing …escaping is another.”

My second recommendation for senior students, is ‘Career of Evil’ by Robert Galbraith, who we all know is the pseudonym for the much loved J K Rowling.  This is the third book in her Cormoran Strike series and I would say is the best so far.  There are lots of twists and turns, some slightly gruesome bits and it is written in typical Rowling style – a real page turner.  And the cliff hanger ending leaves us desperate for number 4 in the series!

“When a mysterious package is delivered to Robin Ellacott, she is horrified to discover that it contains a woman’s severed leg.

Her boss, private detective Cormoran Strike, is less surprised but no less alarmed. There are four people from his past who he thinks could be responsible – and Strike knows that any one of them is capable of sustained and unspeakable brutality.

With the police focusing on the one suspect Strike is increasingly sure is not the perpetrator, he and Robin take matters into their own hands, and delve into the dark and twisted worlds of the other three men. But as more horrendous acts occur, time is running out for the two of them…” 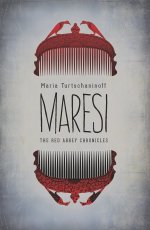 So those are March’s ‘Books of the Month’ – I’d love to see reviews from people who have read the books.  Let me know what you think of them.  And don’t forget to check the board for new books in April.